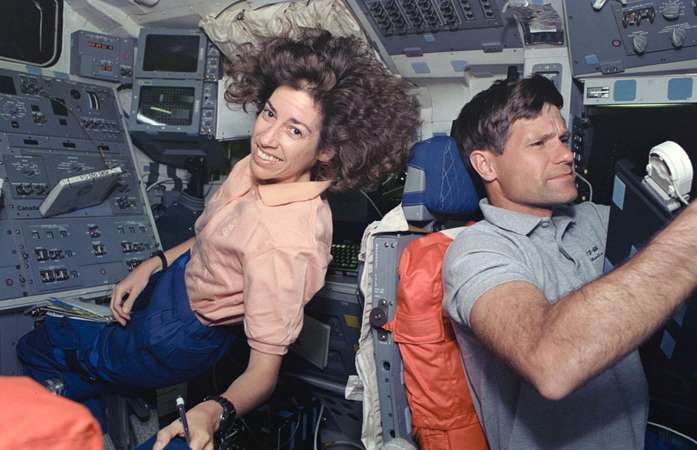 A week of women in STEM: Ellen Ochoa

Continuing our series of incredible women in STEM, today we highlight Ellen Ochoa, the first Hispanic woman in the world to go to space as part of a Space Shuttle Discovery mission (1993). Dr. Ochoa is also a former Director of the Johnson Space Center.

We are inspired by Dr. Ochoa as she exemplifies all of Dev Technology’s Core Values:

Resilience. In 1987 she interview​ed to become an astronaut but initially did not make the cut. She received an invitation to interview the following year and was selected to be an astronaut candidate – one of 23 out of nearly 2,000 applicants!

Integrity. In a 2013 interview with San Diego State University, Dr. Ochoa spoke on the importance of Integrity: “The NASA values of excellence, teamwork, integrity and safety are meaningful to me both professionally and personally. They encompass honesty and respect, setting and achieving high standards in every type of endeavor, combining one’s own talents with those of others, respecting what different backgrounds and experiences bring and taking care of one other.”

Innovation. Dr. Ochoa holds three patents in the field of optical processing. As recently as last month, Dr. Ochoa spoke to a team at the LSINC Corporation in support of their mission to provide customers with innovative solutions.

Community. Dr. Ochoa has given more than 300 presentations focusing on the importance of a science, technology, engineering and math education.

Respect. Dr. Ochoa has six schools named after her, several books written about her for the K-8 grades, and has been profiled in textbooks and on websites geared toward encouraging females and minorities to pursue technical fields. She is also the recipient of many awards including NASA’s highest award, the Distinguished Service Medal.

Collaboration. Dr. Ochoa serves on a number of boards and currently chairs the Nomination Evaluation Committee for the National Medal of Technology and Innovation.

This post is the fourth in our Women in STEM series in celebration of Ada Lovelace Day–celebrated each year on the second Tuesday in October.

Christine Schelble is a Project Manager at Dev Technology.