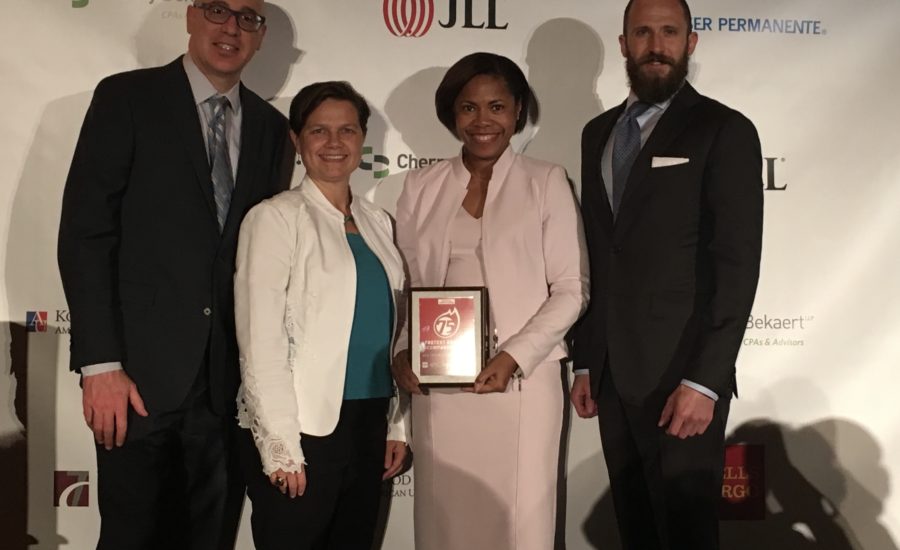 The Washington Business Journal announced the rankings for their top 75 Fastest Growing Companies at their award reception on November 1, ranking Dev Technology as 26th. To qualify, a company must be headquartered in Greater Washington and be private and independently owned. Companies also needed revenue growth each year between 2015 and 2017, with revenue of at least $2 million in 2015 and at least $10 million in 2017. The Washington Business Journal surveyed about 2,000 local companies to find out key financial and other details. They then ranked the 75 Fastest Growing Companies by the average percentage growth in revenue over the three-year period. The complete list and rankings can be found here.