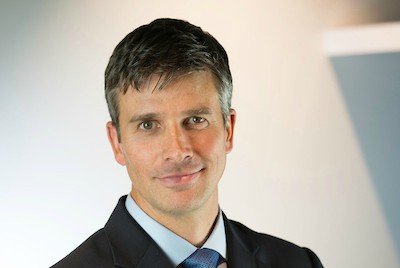 Dev Technology has announced the appointment of Ryan Madden as its new Chief Operating Officer (COO). He will assume responsibilities on January 1, 2018 and will succeed John Mutarelli who has been appointed as President and CFO. Ryan Madden has been part of the Dev Technology team for nine years, beginning in Operations before being promoted to Vice President where he led Dev Technology’s Application Services Division. During that time, he built a growing portfolio of programs supporting multiple federal agencies, while implementing quality and rigor into Dev Technology’s IT delivery model.

“During his 9 years with Dev Technology, Ryan has established a reputation for excellence in delivery with our clients,” stated Susie Sylvester, Dev Technology Co-founder and CEO. “The role of COO will enable him to share best practices across the organization, create synergies, and foster innovation to allow us to continue to deliver the best possible quality to our clients.”

”The commitment to our clients’ success was immediately apparent to me from the day I joined Dev Technology back in 2008,” stated Ryan Madden. “In the nine years since, that principle has remained the core of our culture and has allowed us to attract a talented team of professionals with that same level of dedication. As COO, I’m excited to build on that foundation, as we constantly strive to drive IT innovations that support our client’s mission.”

Before joining Dev Technology, Ryan Madden spent 15 years working with large IT integrators, small businesses, and in Silicon Valley. He has a B.B.A in Computer Information Systems from James Madison University and a M.B.A from Vanderbilt University.

Ryan Madden’s appointment to COO is part of a larger restructuring of Dev Technology’s leadership team which the company announced on December 11. View that announcement here.