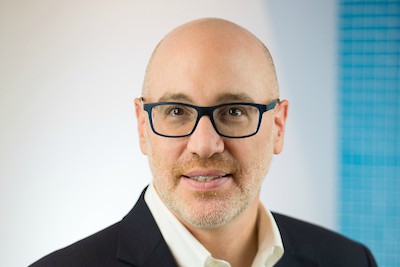 Dev Technology has announced the appointment of John Mutarelli as its new President and Chief Financial Officer (CFO). He will assume responsibilities on January 1, 2018. John Mutarelli has been part of the Dev Technology team for 15 years, beginning as a Requirements Manager before being promoted to multiple leadership roles including his current role as COO. During that time, he worked to establish the company as a sought-out subcontractor and then developing and executing the company’s strategy to become a prime contractor. This effort resulted in the award of major contract vehicles and shifting Dev Technology’s business mix to a majority of prime contracts within the national security arena.

“John has the rare talent of being a strategic visionary with the unique ability to implement his ideas with all of the details.” Stated Susie Sylvester, Dev Technology Co-Founder and CEO. “This has been the foundation of our success which John will now get to combine with his background in finance in order to help us drive forward.”

“In my new role, I look forward to driving strategic execution as well as focusing on overall business efficiency with the goal to increase the mission value delivered to customers; increase competitiveness in the marketplace; and enhance corporate functions designed to support employees, program operations, finances, quality, and security,” stated John Mutarelli. “I feel fortunate Susie and Sanjeev saw the potential for me to focus on these key areas ensuring Dev Technology has the resilience and capacity to maintain its culture of excellence as it grows.”

Over John Mutarelli’s 15 years at Dev Technology, he has performed many roles such as project management, business development, and strategy. Prior to joining Dev Technology, he worked for 7 years at a large IT integrator supporting homeland security programs. John has a B.S. in Finance from Penn State University and a M.B.A. from George Washington University.

John Mutarelli’s appointment to President and CFO is part of a larger restructuring of Dev Technology’s leadership team which the company announced on December 11. View that announcement here.